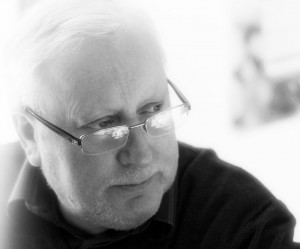 Jean François RAFFIN, born in 1947, starts his apprenticeship as a violin-maker at Mirecourt in 1968. As he arrives in Paris, he enters Etienne Vatelot’s workshop. But following his true calling, he swiftly moves to Bernard Millant’s  and becomes  an accomplished bow-maker as well as Millant’s right hand.

In 1989 he opens his own workshop, 68 rue de Rome in Paris, quickly becoming one of the most well-regarded expert in French Bows.

In 1996 he starts with Bernard Millant the redaction of the masterpiece « l’Archet » which is now considered as the ultimate reference for fine French bows’ iconography.

Since 1996, he is an appointed expert witness before the Paris’ court of appeal.

Today at the age of 65, joined by two talented bow-makers experts, Yannick Le Canu and Sylvain Bigot, he opens  the “Cabinet d’Archetiers Experts Jean-Francois Raffin”,  the first independent consulting practice of its kind.

Located 10 rue de Constantinople in Paris, he aims to redefine the norms of excellence in expertise in order to preserve and ensure that his knowledge is passed on. 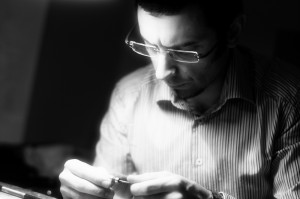 Yannick Le Canu, Born the June 4th 1976, he starts his initiation to bow making in Le Canu – Millant’s workshop  in 1995. As he excels in international’s bow making competitions he wins  five gold medals and earn the title of  « un des Meilleurs Ouvriers de France » in 2007. His years in Paris working close to Bernard Millant and Loïc Le Canu developed his eyes and taste for expertise. Since 2007, he is an appointed expert witness before the Douai’s court of appeal. In 2011 he become partner at Jean-François Raffin’s  Bow Consulting Practice. 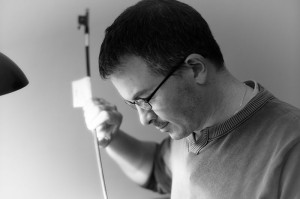 Sylvain Bigot,born  September 2nd 1971, he graduates the Mirecourt Jean Baptiste Vuillaume ‘s internationale violinmaking school in 1989. But soon discovers his passion for bowmaking and starts his apprenticeship at Jean-François Raffin workshop who initiates him to the expertise, bows making and restoration. In 2002 he opens his workshop in Lyon and become one of the world class leading bow restorers. In 2011 he earns the title of « un des Meilleurs Ouvrier de France «.Since 2011, he is an appointed expert witness before the Lyon’s court of appeal and partner at Jean-François Raffin’s Bow Consulting Practice.